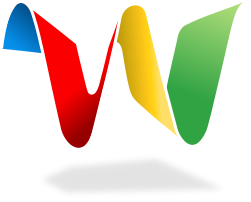 Google Wave is a promising platform for online collaborations. It’s currently in a alpha/beta state and its growing pains are evident: slow and lack of notifications. I have been using Wave for two months and think it’s a great tool despite the drawbacks. It has proven to be incredibly useful for large scale collaborations where there are +10 collaborators.

The slowness and lack of notifications does leave a sour aftertaste sometimes. The slowness will most likely be rectified by the Google developers. But, users have taken on the notification issue into their own hands and we’re seeing multiple programs and plug-ins popping up. Below is a list of the Wave notifiers available for Mac.

The latest Mac Waveboard application was released on November 24th, 2009. Waveboard is under active development and it looks great. This is ideal for users who would prefer having Wave act as an application vs. a tab in your web browser. The user is notified of an update via the task bar and growl.

This creatively named application functions similarly to the Google Notifier application. It’s under development, so there’s a chance of running into bugs. For the sake of simplicity, this may be the most favorable option. The application shows updates via the task bar and Growl.

There’s an experimental Firefox plug-in. It has 4/5 stars and +30k downloads and the users seem pretty happy with it. Wave updates are displayed in Firefox’s statusbar.

Alas, Chrome has finally been released for Mac! The only issue now is that its extension option is turned off. There is a way around it for the adventurous ones. Go and download the latest Mac Chromium build (the active development version of Chrome). With Chromium, extensions are possible. Once you have a recent build of Chromium head over to the Google Chrome Extensions site and install the Google Wave Notifier. This extension will notify users of updates in the Chromium menu region.

If you don’t have a Google Wave account and would like one, I have 15 invites to hand out on a first-come, first-served basis. Contact me at this link, temporary contact for anti-spam efforts, with your email address so I can send the Google Wave invite.