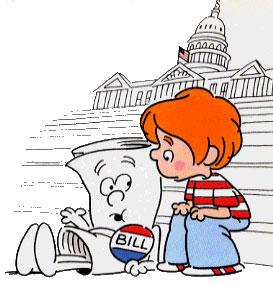 I was going to title this “Third Times the charm for America COMPETES Act” but that’s the title Science Insider used so I had to rename it.  From their story:

By a vote of 262 to 150, legislators authorized $84 billion for research, education, and innovation programs over the next 5 years at the National Science Foundation, the Department of Energy, and the National Institute of Standards and Technology under the America COMPETES Reauthorization Act (HR 5116). The bill is a comprehensive overhaul of 2007 legislation aimed at a 10-year budget doubling for those agencies. Ironically, that idea was first proposed by President George W. Bush in 2006 and embraced by the Obama Administration, but in recent months, knocking the plan has become a way for House Republicans to label Democrats as reckless big spenders.

So, first thing to point is that this is an authorization bill, not appropriations.  Appropriations are determined annually and that is what the government actually spends every year.  For example, when the president releases his budget outline in February each year, that’s basically a budget appropriation language, or suggested language.  Anyway, the point is, authorizing money is the “easy part”—so this bill passed, but unless appropriations committees actually fund the various science agencies at the authorized levels (or close to it), they won’t actually get increased funding.

Authorization bills are more important for general programmatic ideas—for example if you read the bill you’ll see various programs within the different agencies spelled out.  (A side note, one interesting provision was from George Miller, designed to pressure the University of California into releasing info regarding postdocs, in the light of union negotiations.)

Anyhow, while the last time around COMPETES passed without any controversy, this time was a headache. It started in markup, where there were numerous amendments. Then even more amendments on the House floor.  But then, the whole thing was done in by the motion to recommit (MTR). The MTR is the minority party’s last chance to change a bill, it’s basically an instant-amendment, which often no one has a chance to read for more than a few hours, sometimes even minutes. The GOP trick of the trade of late is to put something in the bill that no one wants to vote against (in this case, a provision to bar salaries to NSF employees who viewed pornography at work). Not wanting to seem pro-porn-watching at work, scores of Democrats voted yes on this procedural motion (which, frankly, should always be a no vote for the majority—when the GOP was in the majority, these votes were always seen as a purely procedural party-line vote.)

The problem being that the MTR also made major substantial changes to the bill, shortening the authorization, striking several titles, etc.  Thus, the bill was pulled from the floor after the MTR passed. Such GOP machinations caused Norm Ornstein to write an op-ed in disgust with the process:

[T]hey were designed to kill bills by offering red herring “gotcha” amendments, including one in the energy bill to require contractors to ensure that no employee had been convicted of child molestation and one in the jobs/tech bill to require that any federal employee who had viewed or downloaded pornography be fired. Both were attempts to force Democrats to withdraw their bills — and more importantly, to set up 30-second attack ads against vulnerable Members for supporting child molesters and pornography.

Later, the bill was brought back under “suspension of the rules,” including the anti-pornography provision.  Under this vote, there is no motion to recommit possible, but it requires a 2/3 majority. The bill failed to pass this way, not garnering enough GOP votes to reach 2/3.

Finally, the bill was brought back yet again, under a rule, and using the parliamentary procedure of “dividing the question,” each portion of the GOP MTR was voted on separately, thus the anti-pornography provision could pass, but other more substantial parts, failed.  And that’s what happened:

Only two of the nine provisions were adopted. They included the provision that would prohibit funds going to federal workers disciplined for viewing pornography, and another provision would bar funds in the bill from going to colleges or universities that are prevented from receiving federal grants and contracts because they deny or restrict ROTC or other military recruiting on campus.

Unanimity is important in the Senate, because without any way to end debate other than filing for cloture, bills that don’t pass under UC require a lot of floor time, which is hard to get. (This is why the restriction on NASA conference travel happened in 2009, because the NASA authorization bill needed unanimous consent and one senator insisted on the provision; the bill was never going to get floor time, even if it would have passed otherwise 99-1) .  The majority leader has to file for cloture, then the cloture motion has to mature the next day (you may remember midnight votes for cloture on health care, which was done to speed the process up so the 30 hours of consideration clock starts as soon as possible.)

Anyway, so if the Senate GOP decides to play politics with COMPETES the way the House GOP did, it could be a long path to getting the bill passed.

This has been a lot of process, and not much on the substance of the bill.  Perhaps I’ll write more about in a future post.