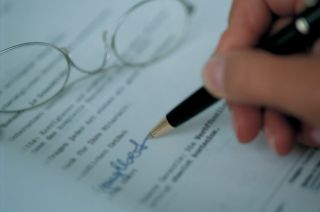 ‘Tis the season for recommendation letter writing and a friendly reminder of an important issue that letter writers, readers, and requestors should all be aware of. (Also see last year’s Recommendation Letter Writing Round Up.) While writing letters is a task that is generally taken with great care for all mentees, there are some things that should be kept in mind when writing letters for women. In order to minimize the unconscious bias of the person evaluating applicant, letter writers should be very cautious of gendering their letters. It has been shown that:

…qualities mentioned in recommendation letters for women differ sharply from those for men, and those differences may be costing women jobs and promotions in academia and medicine. Female candidates were described in more communal (social or emotive) terms and male candidates in more agentic (active or assertive) terms.

Words in the communal category [that are gendered and should be avoided, especially for women] included adjectives such as affectionate, helpful, kind, sympathetic, nurturing, tactful and agreeable, and behaviors such as helping others, taking direction well and maintaining relationships.

Agentic adjectives [which should be used for everybody] included words such as confident, aggressive, ambitious, dominant, forceful, independent, daring, outspoken and intellectual, and behaviors such as speaking assertively, influencing others and initiating tasks.

Also checkout FSP’s recent post in Scientopia about whether or not to say anything negative at all, other “Rules,” and a helpful discussion in the comments. I also find inspiration from this compilation of Useful Phrases.

Letter requesters, please share this post with your writers regardless of your or their gender—they’ll appreciate the help and it will help raise the community’s awareness of the ways we can minimize the pesky gender biases that are still negatively impacting our field.