Josh Peek (@jegpeek) is a Hubble Fellow at Columbia University, specializing in the ISM in and around disk galaxies. He has a fascination with data presentation and design.

As an astronomer studying the complex three-dimensional structures of the interstellar medium, I’ve been taken with the idea of presenting that information in a compelling and interactive way to readers. The major mode of communication for astronomers is the refereed journal article, as distributed through PDF, so I got interested in how one can package interactive 3D scenes with the papers we write. Interactive graphics can be embedded in PDFs that can be rotated, panned, and zoomed. 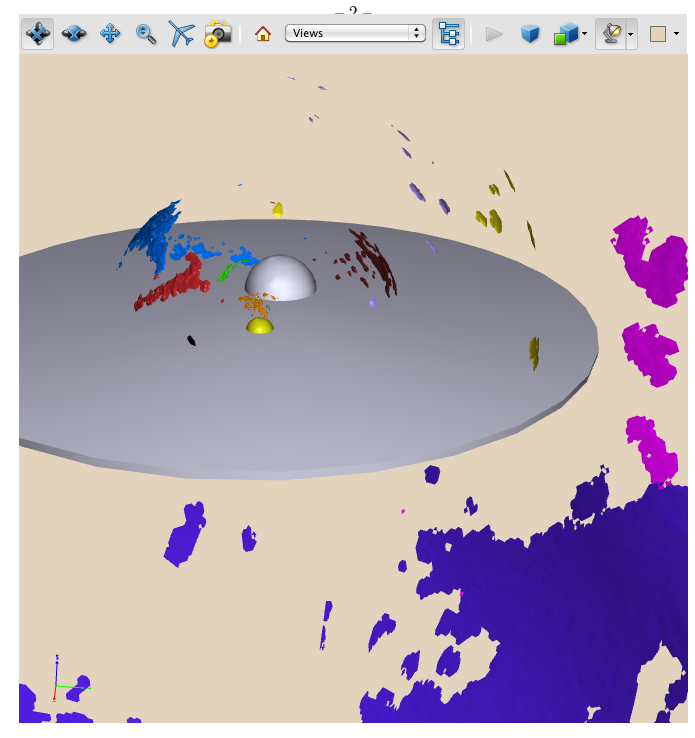 An screenshot of a 3D scene of high velocity clouds around the Milky Way as viewed with Adobe Reader 10.1.2. Download the PDF and view it in Adobe Reader to interact with it.

I’ve written a tutorial which distills down the techniques I’ve found and developed for creating interactive 3D graphics. Topics include getting your data into a 3D format, choosing software to create the 3D object (.u3d), and using LaTex and the movie15 package to embed the object.

I think I’ve made some major strides towards making the process more streamlined; with an afternoon’s work you could make your first 3D PDF, and perhaps even add it to your next paper!

Check out the example (in Adobe Reader, not Preview). Make your own and let us know how it goes in the comments. Would also be great to have some more examples to showcase in the tutorial!