Starting your own non-profit organization 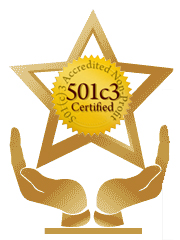 This is a guest post by Travis Metcalfe who founded White Dwarf Research Corporation while he was a graduate student. In 2008 he initiated a non-profit adopt a star program that funds an international collaboration doing exoplanet science with the Kepler space telescope. He is also the author of an AstroBetter post about crowdfunding research.

In August 2011 during a campaign event at the Iowa State Fair, Mitt Romney (in)famously remarked “Corporations are people, my friend”. Politicians are rarely this candid about corporate power, but from a legal standpoint he was absolutely correct. After a clerical error in the 1886 case of Santa Clara County v. Southern Pacific Railroad, corporations have been considered “natural persons” under the law—allowing them to claim all of the rights granted to people under the U.S. Constitution while remaining exempt from some of the basic responsibilities of citizenship. Politicians have understood these advantages for a long time, using political action committees (PACs) to raise funds for their campaigns. Scientists have been slower to adopt this legal structure, which has a perpetual existence, limited liability and, in some cases, tax-exempt status. But just as every politician needs a PAC, every scientist should have a non-profit organization.

Why would you want to have your own non-profit organization? When I was in graduate school, I prepared a NASA funding proposal in collaboration with my advisors, hoping to get the support I needed to finish my thesis. Near the end of the process, I learned that the university would not allow me to be a co-investigator on the proposal despite the fact that it was my dissertation project. The proposal ended up being funded with my advisor as the PI, but I decided that I never wanted to be in that position again—so I started my own non-profit organization. As a postdoc my non-profit received several small grants to build a computer cluster, facilitating my work while avoiding any property conflicts when I moved. I also used it to administer my own NSF fellowship, when my original host institution could not offer me health insurance. Most recently, my non-profit has helped raise private funding to support my research team and simplified the process of submitting international proposals.

Establishing a non-profit organization is easier than you might think. The details depend on where you live, but the process generally involves filing “articles of incorporation” with your local Secretary of State and paying a filing fee (typically under $50 for a non-profit). The state government publishes guidelines for the content of this document, and there is no need to hire a lawyer. If you want your non-profit to be tax-exempt for scientific research or public education under section 501(c)(3) of the tax code, there is an IRS publication with specific language that you should include in your document before filing it. Next you need to obtain an Employee Identification Number (EIN), whether or not you plan to have employees. This is the business equivalent of a Social Security number, which is required to apply for tax-exempt status. The application form is simple enough to complete without a lawyer, and the IRS filing fee is $400 for organizations that expect less than $10,000 in annual revenue during each of their first four years (otherwise it is $850).

Maintaining a small non-profit organization is trivial and inexpensive. If your annual revenues do not exceed $50,000, the IRS only requires an electronic postcard each year to certify this fact and to update your contact information. The requirements at the state level depend on where you incorporate, but may involve a periodic report to verify the name and address of a “registered agent” for the organization (generally you, at your home address). As a 501(c)(3) non-profit organization, you can register with FastLane and NSPIRES and begin applying for grants. You may not even need to negotiate an overhead rate until after you receive your first award. It gradually gets more complicated after that, so stay small if you want to keep it simple.

Another thing to keep in mind is that if your goal is to raise less than $10,000 for a specific project, do yourself a favor and use an existing crowdfunding website. And if you just want to submit a grant proposal, there’s no need to reinvent the wheel—request an affiliation with an experienced soft-money shop, like Eureka Scientific or Space Science Institute, where they administer grants for PIs who work from home.

At the end of George Orwell’s Animal Farm, the pigs had taken control and revised the rules of the community to include just one Commandment: “All animals are equal, but some animals are more equal than others”. In a modern context, the allegory suggests an important lesson about people, both natural and corporate—is it obvious by now which one is more equal than the other?

Have any experience or questions about crowdfunding and/or non-profits? Let’s discuss in the comments.